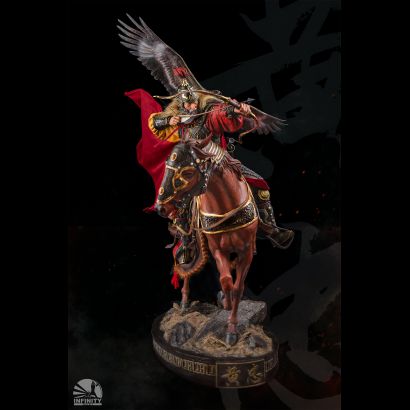 I won't lose to you young punks!

Huang Zhong was a military general serving under the warlord Liu Bei during the late Eastern Han dynasty of China. He is best known for his victory at the Battle of Mount Dingjun in 219, in which his force routed that of an enemy general, Xiahou Yuan, who was killed in action during the raid

Huang Zhong was named one of the Five Tiger Generals by Liu Bei after Liu emerged victorious in the Hanzhong Campaign in 219. In the novel, Huang Zhong is portrayed as an elderly warrior highly skilled in archery.