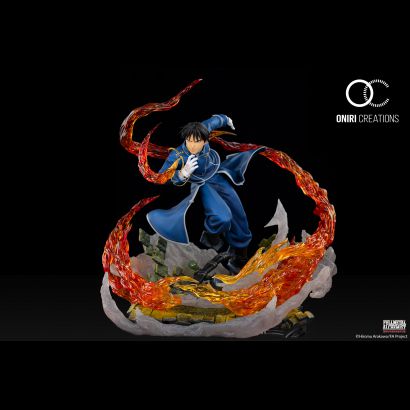 Following Edward Elric, the next character from the FullMetal Alchemist line is none other than Roy Mustang, the renowned Flame Alchemist. One of the main characters from the Brotherhood anime, Roy is a powerful alchemist, equipped with a special glove that allows him to create fire with a mere snap of his fingers. Our statue is inspired by Roy during his fight against Envy in which Mustang lets all of his anger out.

Facing the Colonel’s overwhelming flame alchemy, there is nothing the Homunculus can do to fight for his life.