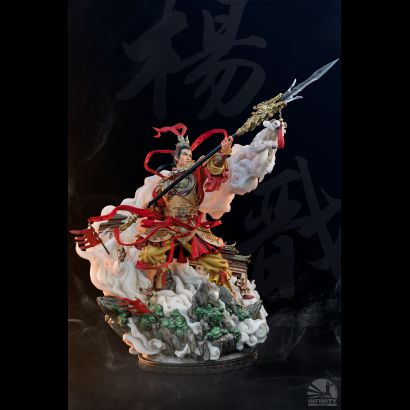 Yang Jian, also known as Erlang Shen, is a god in traditional Chinese legends. The classic interpretation of Yang Jian is a man with third eye on his forehead, wearing shiny armor and carrying his iconic Spear with his pet “Howling Celestial Dog”. Yang Jian appeared in literature, movies and video games for many times.

Infinity Studio now launching legendary characters after our Nezha and Monkey King, this time we chose the moment when Yang Jian was guarding the South Heavenly Gate, with celestial soldiers behind him and Howling Celestial Dog is charging in front of him. The statue has an enormous size with delicate painting, fulfilled with powerfulness.